As the fourth Chinese Farmers’ Harvest Festival, September 23, 2021, was also the day for the farmers market in Hudu Community, Baiguo Township, Qingshen County, Meishan City, Sichuan Province. Early in the morning, nearly a hundred people including consumers from Qingshen County and cadres and residents, performers and staff from Hudu Community, gathered in the square in front of the old Loufangxi village Committee, participated in the grand celebration. Loufangxi village was incorporated with two other villages into one named Hudu Community in May of 2020. The celebration was sponsored by Hudu Community of Baiguo Township, organized by the Spring Orange Planting Cooperative of Qingshen County, and co-organized by the Association for the Cooperation and Promotion of Rural Women and Children in Qingshen County.

At 9 a.m, the celebration kicked off with the upbeat music. First, Chen Qiaohui, secretary of the Hudu Community Commission for Discipline Inspection, delivered a speech on behalf of the community party committee. He introduced the ecological and green philosophy, purpose, management and main agricultural products of the farmers markets to the guests. 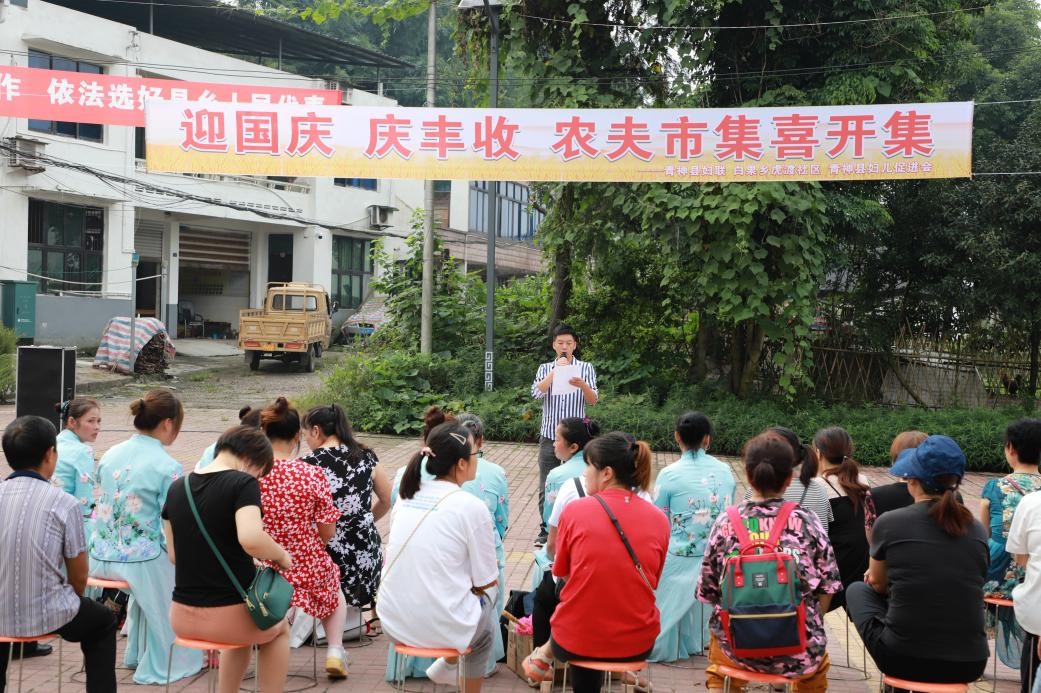 Next are three magnificent dances that made the a feast for audience. The dances “Colorful Lotus” and “Amazing China” performed by the Women’s Dance Team of Zhongyan Village, Ruifeng Town, fully demonstrated the common people’s expectation for a better life and a strong sense of pride for great motherland. And the dance “Good Harvest” performed by the Zhongyan Art Troupe of Qingshen County vividly brought the farmers’ joy of good harvest to life. 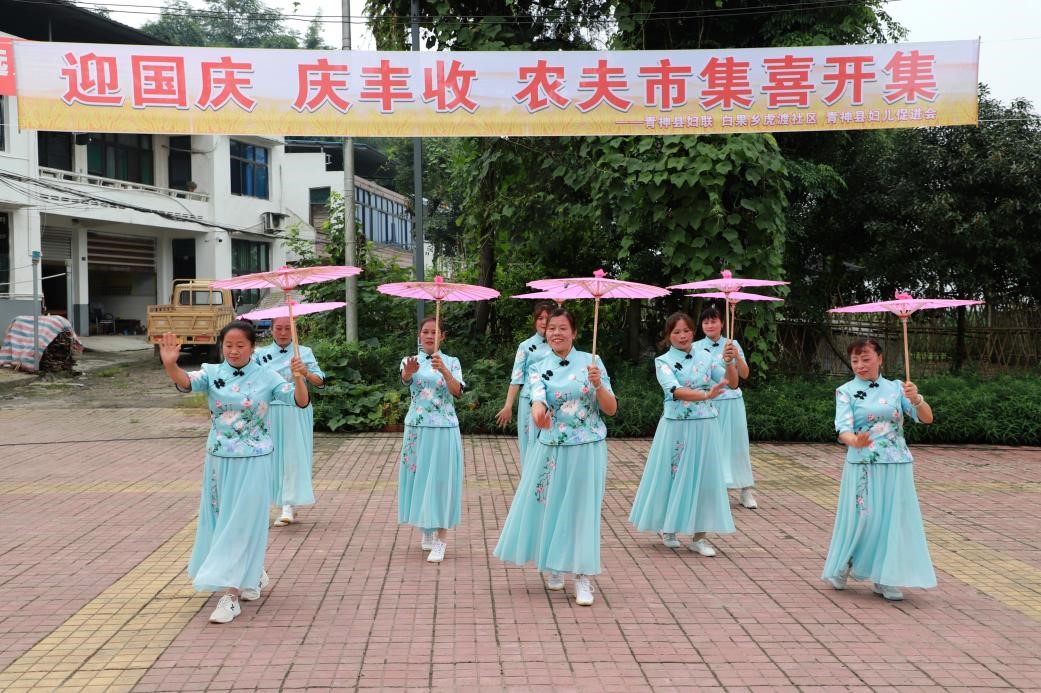 Two interesting interactive games followed the dance performances. The first tug-of-war competition attracted dozens of people to participate. Urban and rural residents were mixed to form two opposing teams, with three rounds lasting among the drums, cheers and laughter. The other more interesting game was manned rooster-shaped-vehicle relay race. The rooster-shaped vehicle was originally a tool for short-distance transportation of grains and crops in rural areas, but it was used as a prop for carrying people in the game. The urban residents, as they have never ride such a vehicle, got in the vehicle tremblingly, while the rural residents laughed happily when they got in it. The game rule was that one sit and another one push consecutively. If one lose, another one round will begin. It getting less important who wins or lose, and the important trust and friendship grew in the joint participation. 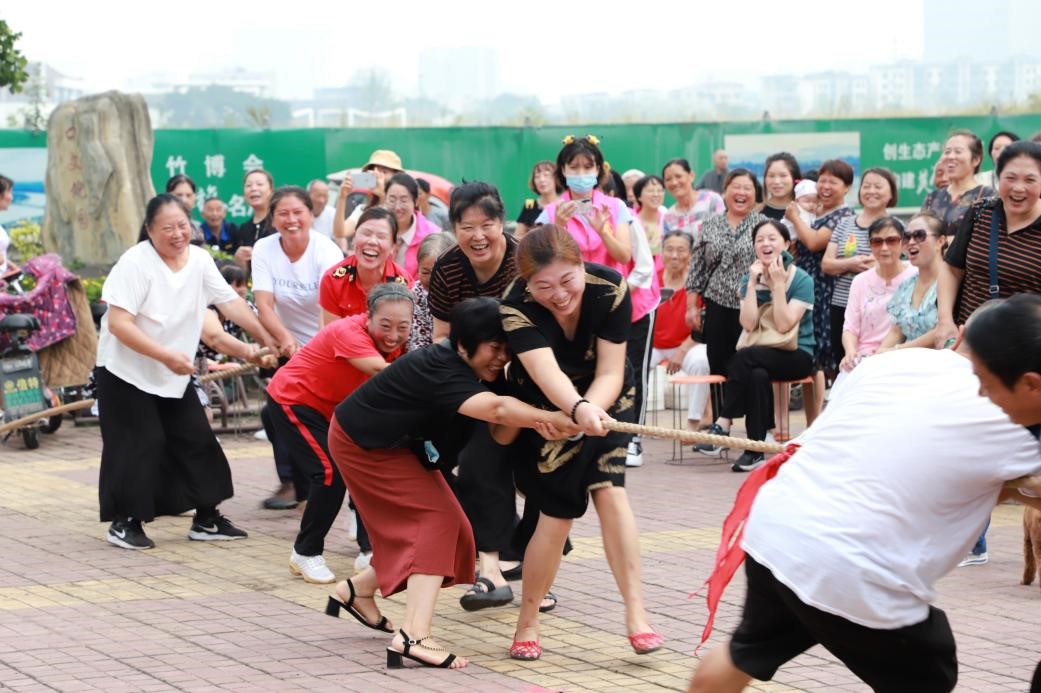 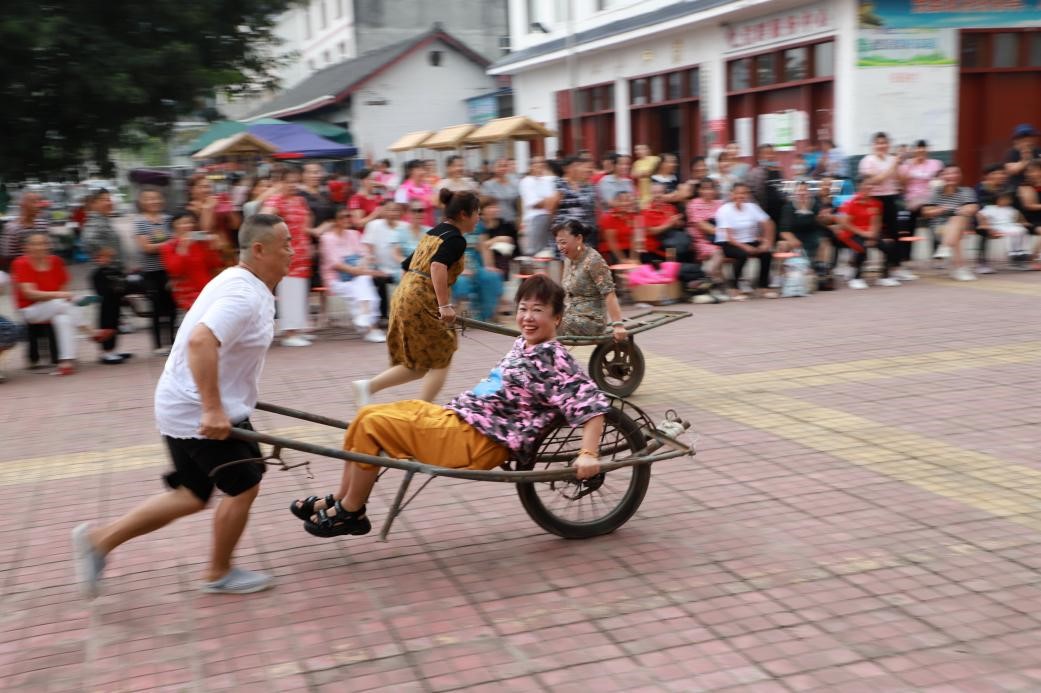 Delicious food, of course, was indispensable for the harvest festival. The food court was the most popular one in the celebration, where people could feast on such delicious food as cold chicken, braised duck, boiled peanuts, boiled edamame, boiled sweet potato, grapefruit, plums and other locally grown and produced food. As the food was so tasty that people could not help but buy some ecological and fresh produce back home as National Day is approaching. At the farmers market stalls, a wide variety of ecological agricultural products were sold at the market, including running pheasants, native ducks, grains and pork, native eggs, native duck eggs, taro, green beans and sweet potato. The farmers market also provided healthy and local foods to consumers. Especially the residents from the county, whether they have booked in advance or not, all consumers had access to these food and bought them home at ease. If some ingredient was unavailable, consumers could add the vendors on Wechat, and they could contact on Wechat when it’s available. 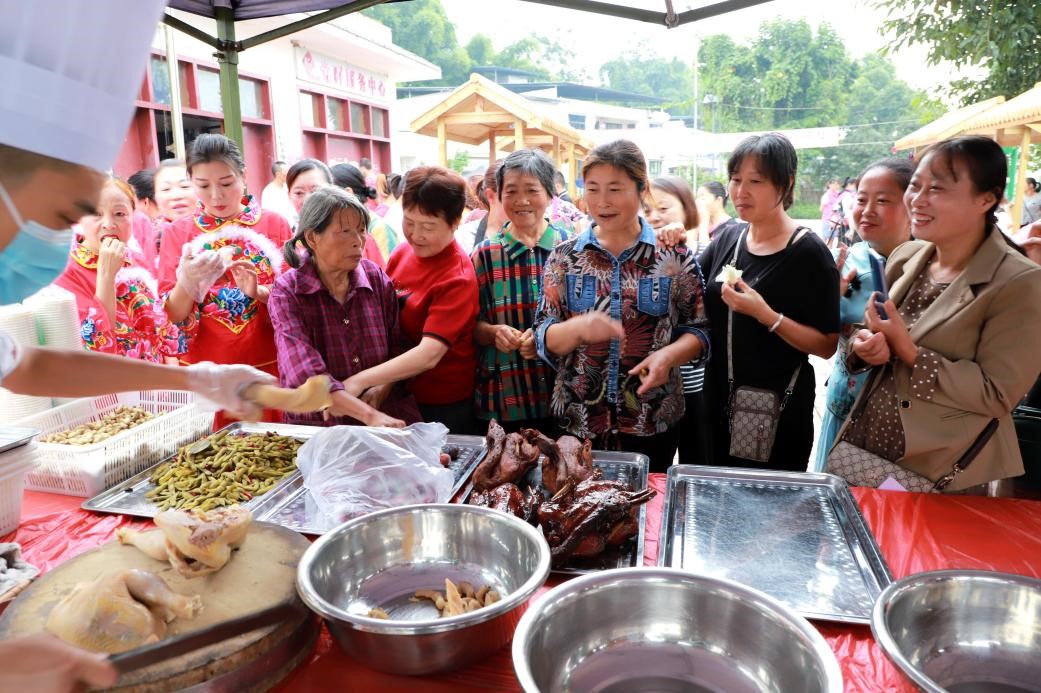 The happy hours lapsed quickly. It was less than 11 o’clock that the products on the farmers market booths had almost been sold out, and the celebration was also nearing its end. Seeing that ecological agricultural products were so appealing and sought after, Li Anguo, the chairman of the Spring Orange Cooperative, was so excited and said, “It is a great thing that our cooperative has held this farmers market with the support of the community, the County Women’s Federation and the Association for the cooperation and Promotion of Rural Women and Children. This makes it convenient for small and medium-sized farmer households in the cooperative to sell agricultural products nearby, and also handy for urban residents to get agricultural produce at its peak, ensuring a high level of freshness and quality. We will manage the market well and let the market keep open in the future!”

This celebration was supported by such programs as China Agricultural University’s rural community development program of the Qingshen County Women’s Federation, the Association for the Cooperation and Promotion of Rural Women and Children in Qingshen County and the community program for public crisis response mechanism.